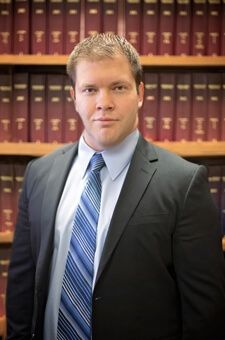 In 2005, attorney Luke M. Wagner graduated from the William Mitchell College of Law and returned home to practice law with his father in western Wisconsin. He is admitted to practice law in both Wisconsin and Minnesota state courts and in the United States District Court for the Western District of Wisconsin.  Since this time he has recovered over $10 million for his clients.

Mr. Wagner’s practice is dedicated to helping people who have been injured. He looks out for all of his clients as if they were family. In 2010, he brought a case all the way to the Wisconsin Supreme Court. In that case, Mr. Wagner represented an insured child who had been injured in a hit-and-run motor vehicle versus bicycle accident. The family's own insurance company refused to compensate the child for his injuries (broken arm and leg) even though he had uninsured motorist coverage. The Wisconsin Supreme Court agreed with Mr. Wagner’s arguments and the insurance company was forced to provide coverage for his client.

When he is not at work, he also enjoys playing softball, golf, volleyball, deer hunting, and walking his dog Hank.

Doug Allard
Luke Wagner gave me exceptional service and went way beyond my expectations! He was able to get me the maximum amount awarded without going to court. Thank you Luke for stepping up now 10 years later with another matter. You are an exceptional attorney that is always willing to help. Much appreciated...Doug.
Written by: Doug Allard
Wagner Law
Date published: 06/05/2018
5 / 5 stars
Overall rating: ★★★★★5 based on 11 reviews
Live Chat