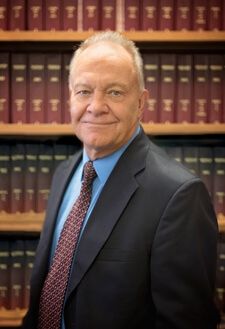 For more than 40 years, attorney Michael P. Wagner has been helping people solve their problems in the courts of Wisconsin.

Mr. Wagner believes that he is a regular person who is lucky to be able to work hard to help people who have been hurt. One hundred percent of his practice is devoted to litigation on their behalf.

Over the course of his career, attorney Wagner has participated in many professional associations and has been honored to serve on various ethics committees. For example, he was appointed by the Wisconsin Supreme Court to the Office of Lawyer Regulation’s District Eight Ethics Committee, and he was an investigator for the Ramsey County Bar Association Ethics Committee.

When you speak to Mr. Wagner, you will talk to an accomplished and honorable attorney who has won the vast majority of cases that he has tried, and a humble man who insists that he does not want to toot his own horn, but instead wants to help people who have been injured get the fair recoveries that they deserve. That is his passion.

Doug Larson
I have been very fortunate to have Mr. Michael P. Wagner as my business attorney for many years. He is not your typical attorney. He does not limit his work hours to between 9am and 5pm weekdays. He does not make unethical efforts to try and gain legal advantage. He has done a thorough job of explaining my legal options and kept me informed, and up-to-date as to the status of each case. As judged by his results, he has provided me excellent legal representation. He does not charge me for many extra costs which other attorneys routinely add to their bill. I am convinced that you cannot find a better lawyer you can trust to represent you!
Written by: Doug Larson
Wagner Law
Date published: 02/05/2018
5 / 5 stars
Overall rating: ★★★★★5 based on 11 reviews